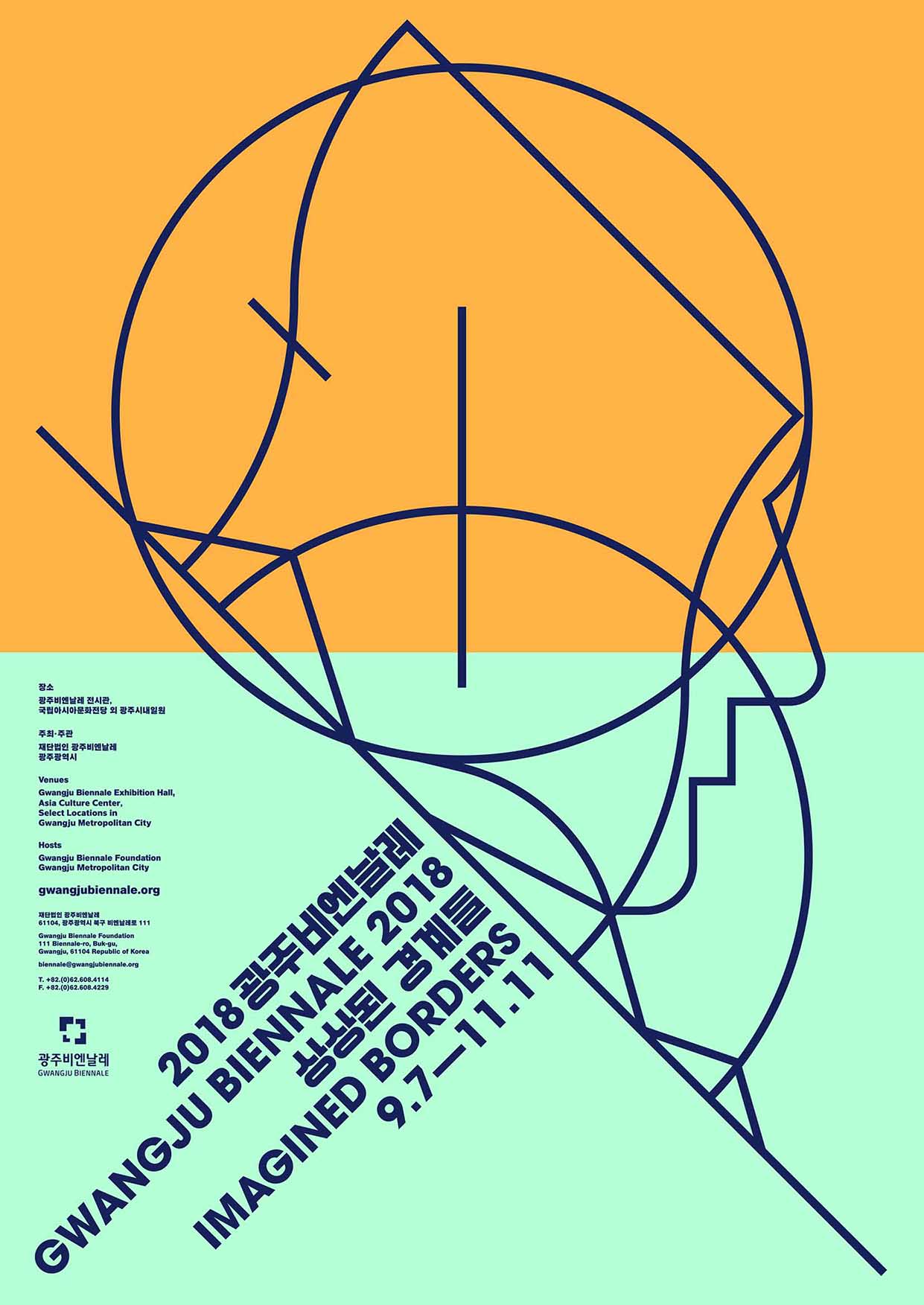 The point of the exhibition

3) A focus on the history and spatiality of Gwangju

4) Engages with the public through community programs

Proceeding from the position that the present is informed by the past, Clara Kim will investigate the intersection between modernism, architecture and nation-building in the mid-20th century across different geographies and contexts that explores the desire to find a place in the world and the fate of modern utopian dreams.

This section, which has a theme of “Facing Phantom Borders,” attempts to start a conversation with Beyond the Borders, the first Gwangju Biennale. In 1995, the Gwangju Biennale took a positive stance toward a mobility increased by globalization in dreams of a utopian future. Meanwhile, as the entire world faces severe problems with borders, the time has come for the 2018 Gwangju Biennale to reconsider the concepts of borders, social control, alienation, tolerance, humanitarianism, and national security. To reflect on the issues of migration from a multifaceted perspective and to reconsider the meaning of borders and migration in a contemporary sense, this section takes a close look at archives, oral history, and other cultural texts along with the artists who have been working on the themes such as regional instability, nationalism, and deterritorialization. In addition, by introducing personal narratives as opposed to grand narratives on borders, migration, and territories in the Western-centeric worldview, it will prompt visitors to recognize the complexities of history in Asia.

The Ends: The Politics of Participation in the Post-Internet Age

By focusing on Post-Internet art, this section examines the politics of participation and power, the digital divide, and analyses of worlds with a perpetually threatened access to the Internet or without an Internet access under our current and evolving post-Internet conditions. Along with numerous artists, theorists, writers, and activists, it reflects on Internet access, the unauthorized use of information, hacking, surveillance, and Zach Blas’ “contra-Internet aesthetics.” In line with that, it also gives an insight on virtual money and its ecological consequences, alternative digital platforms, and the potential extinction of the Internet by looking at a variety of artworks in different forms including sculptures, videos, art installations, and performances. The 20th-century Cold War narrative repeats itself by amplifying the political tensions between the United States, Russia, South Korea, and North Korea with this so-called “cybersteroids,” which make Gwangju an even more perfect place for taking the discussion further in 2018.

Borrowing the geological concept of “fault,” a crack in the Earth’s crust where rocks on either side of the crack have slid past each other as a result of plate tectonic forces, this section takes a multifaceted approach to contemporary problems that have been causing social, political, and psychological wounds by worsening old cracks or creating new ones. It aims to address the burden on future generations, namely, the symptom of social cleavages, while questioning whether we are heading for an apocalypse in the Anthropocene age, a new epoch defined by humanity’s impact on the Earth’s ecosystem. The artists with different backgrounds will give answers to the problems that humanity faces based on their experiences. Focusing mainly on three aspects, namely, body, environment, and surface, the artworks featured in this section can be viewed as a collective inquiry on Beyond the Borders (1995), the first Gwangju Biennale. Taking a step away from imagining a utopian world without borders, this section will discuss the survival of humanity in depth, in a world where nothing is predictable.

With 23 years of history, the Gwangju Biennale has become a pioneering exhibition platform in Asia. This section neither reminisces nor summarizes the history of the Gwangju Biennale, which is celebrating its 12th edition. Instead, it aims to selectively reenact some important moments in Gwangju Biennale’s history from a contemporary point of view by inviting a number of artists, curators, and scholars as “tour guides” who can tell us about those moments. They will be asked to choose artworks, events, or projects from past editions that are the most closely linked to their latest projects. The selected works from past editions will return to the present in different modes of representation/reenactment. This section does not attempt to fossilize the past in an archive but instead aims to make sense of the present by blowing life into an archive (or to let the past linger around the present).

The Art of Survival Scape is a joint section on contemporary South Korean art that consists of three parts. Three curators with different interests and preferences focus on each different subtheme through the lens of talented Korean artists including artists from Gwangju and Jeollanam-do, who have been selected through the Gwangju Biennale’s “Portfolio Review Program.” It is not so surprising that this section features a wide range of artworks with different characteristics. Looking at contemporary South Korean art through three different windows and taking a step closer to the reality is an approach worth investing as it embraces, blurs, and crosses microscopic/macroscopic, regional/transregional, and formative/conceptual boundaries that may characterize contemporary Korean art. In addition, this section will channel artistic imagination and behaviors branching out in all directions into one exhibition space while clearly revealing the differences among them. Its three subthemes are as follows:

Curated as the world’s largest exhibition on socialist realism art, this section consists of more than 40 Joseonhwa, which is also known as North Korean art, including a large-scale painting cocreated by a group of artists. It focuses on Joseonhwa to shed new light on a North Korean socialist art developed in total isolation because of the Cold War and the division of Korea without being able to go beyond the borders. Through art, it is also possible to identify and articulate the current state of the Korean Peninsula, which is divided into two and constrained by the borders. This section will prompt visitors to reflect on the discordance, absurdity, and uniformity derived from such situation while providing a room for discussion on how socialist art can influence our aesthetic experience and way of thinking.